Lived Space
Living space
zengo.theme.szarvasmuzeum::addon.kiallitasok_back
Welcome to the Lived Space Lebensraum exhibition, which provides an insight into the Hungarian peasant culture starting from the 18th century, with special stress on the daily life of Szarvas in the era. Customs and traditions related to the rites of passage in human life, birth, marriage, and death, are presented through 19th- and 20th-century objects.

You can view an animated video made up of old photographs on a screen behind a plexiglass wall, and see a stroller and a mud boat from the age.

The first moment of life is birth. In traditional peasant culture, women did their usual work until the last moment before childbirth. At the time, midwives assisted with the delivery, with obstetric knowledge that rarely exceeded that of the average locals. In the postpartum period, a woman was considered unclean and, along with her infant, vulnerable to hexes. Thus it was very important to have the newborn receive the baptismal water as soon as possible.

In the 18th century, the bride and groom hardly knew each other before the wedding. Among the destitute, affection between young people may have prevailed to some extent, but wealthy families regularly forced their children into marriages. Still, both the rich and the poor celebrated the wedding with great splendor, and the feast that followed was perhaps the biggest and most memorable celebration of human life for everyone.

The third decisive moment which is also the final event in a person’s life is death, followed by the funeral ceremony. During the 18th century, it was still common practice for the body to be laid out in the church in an open coffin. The people of Szarvas adhered to this tradition for a long time, until cemeteries were relocated to the outskirts of town and the custom changed for good.

The authorities disapproved of wedding and funeral feasts, complete with binge eating and drinking, and attempted to phase out these celebrations in order to prevent people from falling into greater poverty. 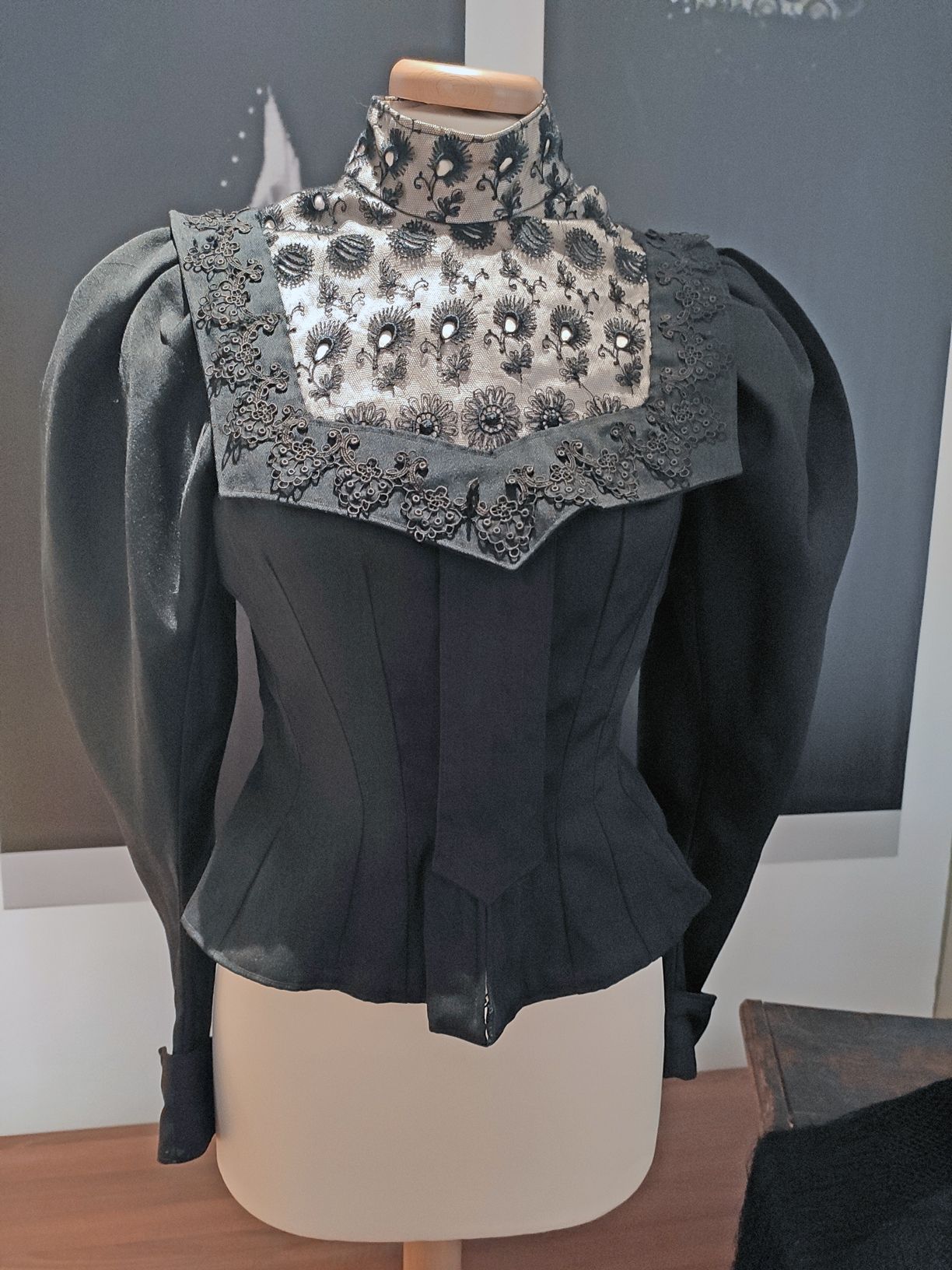 Black wedding dress. Its light neckline is decorated with a black lace applique. Anna Kiss (“branch of the Church of the Evangelical, born October 3, 1887, inhabited by Szarvas II., 222.”) was sworn in on November 13, 1907 Her husband is Paul Little, a smallholder. The dress is owned by Kiss Gabriella and her family.